SHENZHEN, China, Nov. 16, 2020 /PRNewswire/ — In the recent November Shopping Festival, realme achieved good results in its global markets. Founder and CEO Li Bingzhong published an open letter titled “Each ‘One in 50 Million’ Makes realme “. In this open letter, Li Bingzhong not only reviewed the development history of realme, but also talked about his vision for the future. He attributed the 50 million milestone to the users and promised to continue to communicate and create together with users.

realme is a brand that started with the intention to offer trendy yet affordable smartphones for youths and it captured its audience perfectly. According to the Q3 2020 global smartphone shipment report by Counterpoint, realme users have now surpassed 50 million globally. By achieving cumulative sales of 50 million in just nine quarters, realme has become the world’s fastest growing smartphone brand.

Despite being a young company, realme is far ahead of its years in the industry and broke multiple records across Asia during the recent sales season. Mr. Li shared the recent performance in the open letter that: In India, realme smart watch became the highest shipped product of the year; In Southeast Asia, it emerged as one of the TOP3 best-selling brands on leading online e-commerce platforms; In Russia, it has achieved the top 5 market share within one year; In China, it broke last year’s all-day sales records on e-commerce sites within 30 minutes.

In the open letter, realme’s CEO attributes their milestones to their users. realme’s open secret to their success is their relationship with and ability to listen to their young users.

In order to sustain a strong relationship with their young clientele, realme’s CEO, Sky Li, mentioned in an open letter that the brand will continue to innovate and connect with their audience further: “In two years, realme has never stopped interacting and co-creating with young users. We hope to be the brand that knows young users best”. Realme even held a launch event with users as keynote speakers and their views were the focal point of the event.

realme’s efforts in recognising that their users are what pushes the brand forward does not stop at the launch events alone. There are plans to launch wallpaper design and mobile phone photography competitions. realme’s CEO also invites those who have won the design competition to join the design experts at realme headquarters so they can learn about professional, cutting-edge design concepts. This is in line with realme’s consistent message that there is no limit to youth.

In the latest round of updates, gaining inspiration from their users and with an intent focus on their needs, realme has improved their product functions and specifications.

realme UI’s custom notification bar color function was highly requested by users in the brand’s feedback forum and hence made a reality. With an eye for detail, realme also updated the smaller functions, including popular options such as “Super Power Saving Mode” and “Compatibility with Third-Party Icon Packs” according to issues flagged by users. There is also an update of product options in the UI 2.0 upgrade plan.

Despite its short time in the industry, realme has clinched five prestigious international design awards and collaborated with global top tier designers for its products using the realme Design Studio. It is also the first company to introduce the 64MP camera on a phone and to utilize the Snapdragon 865/765G processor. Even more impressive, realme is the only major smartphone brand to maintain high growth in the first two quarters of 2020.

Moving forward, realme will continue to “leap” into the future as they honor their slogan “Dare to Leap”. With their AI of Things (AIoT) ecosystem, realme makes use of advanced technology to bring leap-forward performance, trendsetting design focused, yet affordable products to its users.

realme is a technology brand that provides leapfrog quality and trendsetting smartphones and AIoT products to the global market. realme users are young and globally-minded. realme products empower young people to ‘Dare to Leap’ using the latest in technology and design. 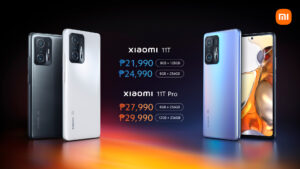 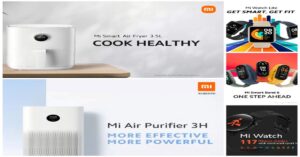 Have a Healthier Home with Xiaomi Smart Products Level up your stay-at-home life with OPPO Wearable Devices 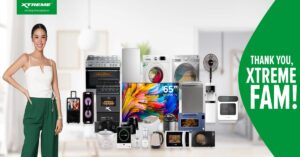 XTREME Appliances continues to soar with 148% increase in 2021 sales 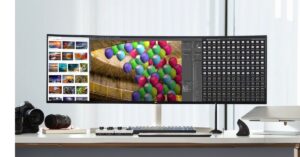 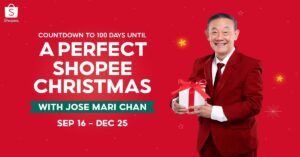 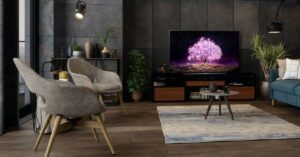 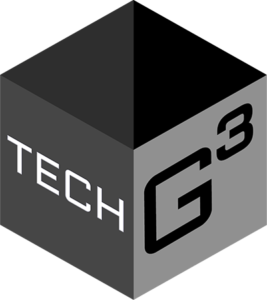